Marquee Night is a virtual gathering of film lovers and Picture House supporters set for March 20.

From March 2021 through March 2022, The Picture House Regional Film Center (www.thepicturehouse.org) will celebrate the centennial of its historic theater, starting with Marquee Night, a virtual gathering of film lovers and Picture House supporters and with extraordinary honorees. The online fundraising event will take place on Saturday, March 20th from 6:00 – 7:00 p.m. Registration is free but various ticket levels are available to support the theater and its ongoing film and education programming. 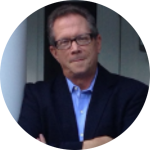 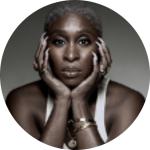 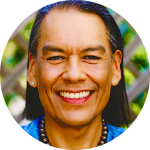 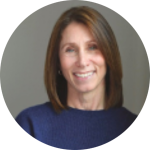 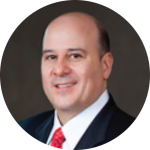 This year’s slate of remarkable honorees includes TPH critic-in-residence Marshall Fine who will receive the distinguished Harold Lloyd Lifetime Achievement Award. Journalist, filmmaker, and author Fine is the former general manager and chairman of the New York Film Critics Circle. His 2016 feature-length documentary, Robert Klein Still Can’t Stop His Leg, played to critical acclaim at film festivals around the country. Fine has been TPH critic-in residence and host of The Picture House Film Club with Marshall Fine since 2014.

The Picture House is thrilled to honor Grammy®, Emmy®, and Tony® award winning actress, singer, and producer, and Screen Actors Guild (SAG) Award, Golden Globe, and two time Oscar nominee Cynthia Erivo with the inaugural Cicely Tyson Legacy Award. Erivo burst onto West End and Broadway stages in The Color Purple and has since taken the world by storm. She brought the legacy of Harriet Tubman to the big screen in Harriet, recently starred in HBO’s The Outsider, and can soon be seen as Aretha Franklin in National Geographic’s Genius: Aretha.

The Picture House Industry Impact Award will be awarded to Bird Runningwater. As the director of Sundance Institute’s Indigenous Program Runningwater has curated more than 110 films written, directed, and produced by Indigenous filmmakers to premiere at the festival. He is Co-Executive Producer of Sovereign, currently in development with NBC, Warner Brothers Television, and Ava DuVernay’s Array Filmworks. The show has the potential to be the first Native American family drama on network television.

Longtime Pelham residents and supporters of The Picture House Missy and James Palmisciano will be this year’s recipients of the Harold Lloyd Commitment to Community Award. Missy is the president and founder of County Harvest, the all-volunteer run organization that addresses food insecurity in Westchester. James currently serves as Managing Partner, Chief Investment Officer, and Portfolio Manager at Gracie Asset Management, a multi-strategy credit-focused hedge fund that he co-launched in 2005. An early supporter of TPH, he is Chairman Emeritus of the TPH Board.

Proceeds from the event will help to further the 1921 theater and enable The Picture House to pursue its mission to create a shared community experience for diverse audiences through film, education programming, and unique cultural offerings.